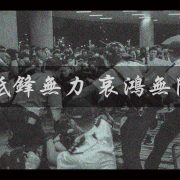 In February 2019, the HKSAR government proposed the Fugitive Offenders and Mutual Legal Assistance in Criminal Matters Legislation (Amendment) Bill 2019 (‘The Fugitive Bill’) to change the existing extradition laws that would allow criminal suspects to be transferred to China, Taiwan and Macau for trial. The bill stoked fears that Hong Kong’s ‘high degree of autonomy’ on legal protections and freedoms, could be eroded. On June 9th, more than 1 million Hong Kongers took to the street in protest of the controversial bill, only to be met with complete ignorance from the Chief Executive, Carrie Lam, who insisted to push the bill forward. 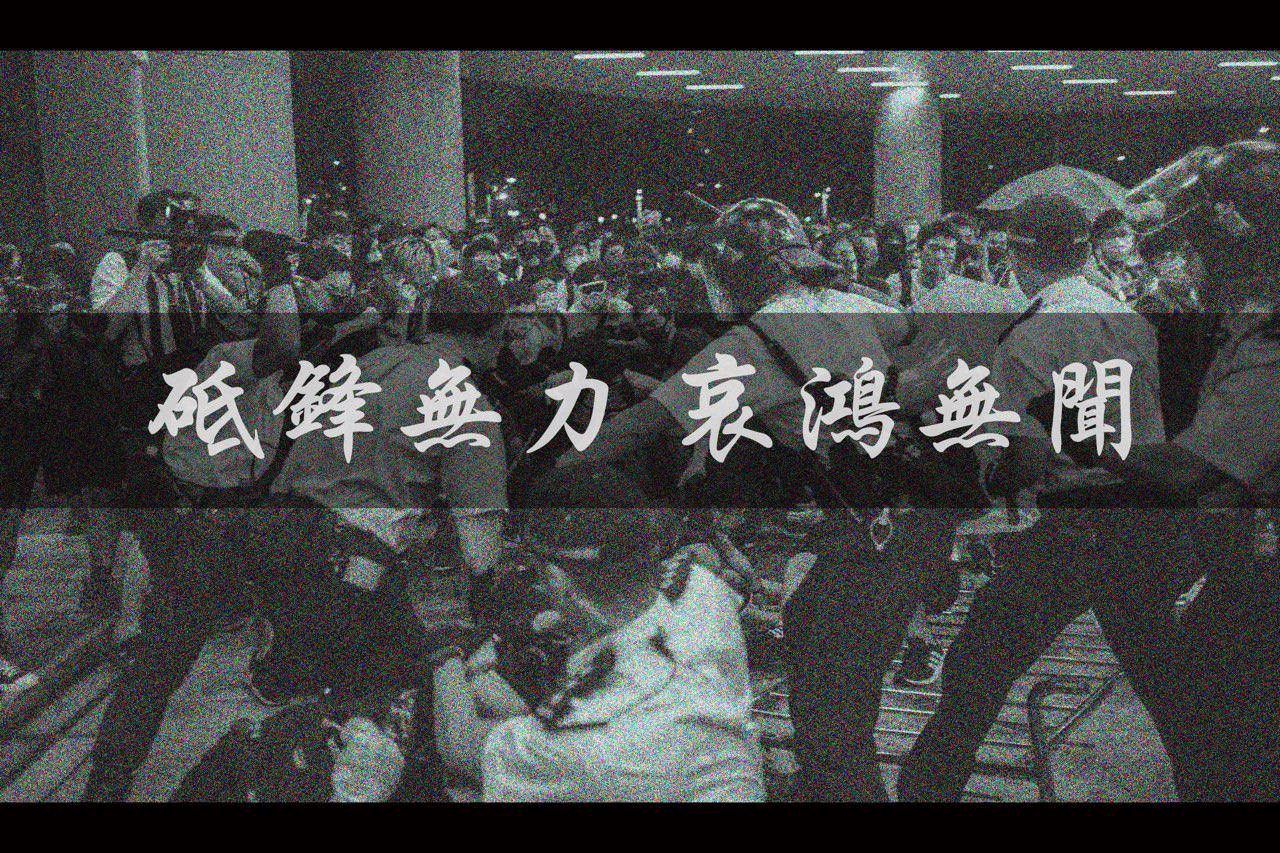 The proposal was made in response to a high-profile case[1] in Taiwan, in which a Hong Kong young man allegedly murdered his pregnant girlfriend and fled back to Hong Kong. Because there was no existing extradition agreement between Hong Kong and Taiwan, the Hong Kong government cannot extradite the suspect back. Taiwanese authorities said that they attempted to negotiate and work out a special agreement but the HKSAR government did not respond. Instead, they proposed the Fugitive Bill, claiming that it will tackle the case.

What is the existing law?

The two ordinances governing extraditions are Fugitive Offenders Ordinance(FOO) (Cap.503) and Mutual Legal Assistance in Criminal Matters Ordinance (MLAO) (Cap.525). Under FOO, Hong Kong has signed extradition agreements with 20 countries[2]. One-off case-based surrender arrangements are potentially available to jurisdictions that do not have long-term extradition arrangements with Hong Kong under the current FOO regime[3]. However, People’s Republic of China, which is defined to include Taiwan and Macau, is specifically excluded. Thus, the HKSAR government is not legally allowed to surrender suspects to Taiwan.

What are the changes?

If the Fugitive Bill is passed, there will be two implications.

First, the bill essentially removes restriction on making one-off surrender arrangements with China under the existing law.  Hong Kong will be able to extradite suspects to China on a case-by-case basis. It applies to offenses listed in Schedule 1 of the FOO, with nine economic ones exempted.

Hong Kong officials have said that suspects accused of crimes of a political or religious nature will not be surrendered. If the suspect faces risks of death penalty or torture, s/he will also not be extradited.

The bill has triggered wide public opposition, leading up Lack of confidence in the Chinese legal system and concerns over criminal justice[4] remains. The Liu Xiaobo case, Li Wangyang’s “suicide”, and the 709 crackdown, a nationwide repression targeting Chinese human rights lawyers and activists, all demonstrated that their fears are well-grounded. Let’s turn to a few aspects of the Fugitive Bill that receives a frontal attack.

The HKSAR government has repeatedly asserted that the new amendment bill will ‘close the legal loophole’ and prevent the city from becoming the haven of criminals. However, the Hong Kong Bar Association refuted this statement and said that restriction was made intentionally in view of the fundamental difference in criminal justice system between the two. Supporting evidence could be found in declassified documents of the Foreign and Commonwealth Office of the United Kingdom[5]. It showed that when the UK government was enacting extradition laws for Hong Kong in 1991, it emphasized Hong Kong will ‘only to enter into extradition relations with Governments whose judicial system, penal conditions and human rights standards are of an acceptable level’ and that this standard continues to apply until 2047. This means China was deliberately ruled out because of its track record on violating human rights. It is not a ‘loophole’ but a safeguard for the freedoms and safety of people in Hong Kong.

Instead of ‘closing the loophole’, the Fugitive Bill might, in fact, create one. It will become impossible for any jurisdictions without long-term arrangements with Hong Kong to request extradition of suspects accused of the nine exempted offenses, which would have been possible under the current FOO regime. It is a regression of human rights protection and international cooperation in administering criminal justice.

Will Human Rights be at risk?

Human rights group also oppose the bill as case-based arrangements will subject people to requests from any jurisdiction, including authoritarian or totalitarian regimes. It might become a pretext for the Chinese government to control human rights activists and political dissidents, exposing them to risk of torture or ill-treatment were they extradited. The Hong Kong Journalists Association and other journalist unions also aired concerns about the ‘chilling effect’ the extradition bill might bring, worsening the self-censorship of Hong Kong media. So far, the Hong Kong government did not address these concerns.

Will the Chief Executive have too much power?

Another concern is that the Chief Executive will become the only arbiter of whether these case-based surrender arrangements should be made. Under the current law, the Legislative Council must approve when a new extradition agreement is made[6]. The proposed bill removes legislative scrutiny altogether. Hong Kong officials tried to appease the critics by arguing that the courts will have the last say and people should have confidence in the judiciary. However, if upon a closer look at the bill, the truth is that the court can only decide whether to commit the accused person to prison temporarily with an ‘order of committal’ . It is up to the Chief Executive to decide whether to actually surrender the committed suspect to the requesting country. Compared with other common law jurisdictions such as Canada or the United States, where an extradition request must be approved by the court, power of the Chief Executive is unusually expanded. Even if we recognize the limited role of courts, it should be noted that the standard the court applies to these suspects is much less stringent than that they typically use. Judges are not legally required to consider fairness of legal system or human right protection in the requesting country. If certain requirements are met, they are obliged to issue the committal order[7]. Thus, the government’s assertion that the courts will be able to keep close tabs on extradition requests is more apparent than real.

Any Impact on Businesses?

Business groups have expressed grave concerns, saying that the bill will damage Hong Kong’s safe reputation for businesses. In response, the HKSAR government exempted nine economic offenses originally covered under FOO. However, the protection they offer might be illusory. Circumstances leading to an allegation of an exempted offense might be prosecutable under an alternative un-exempted offense. For example, an allegation of infringing intellectual property protection laws (which is exempted), can also be charged under obtaining pecuniary advantage by deception (not exempted.) Also, as blackmail remains common practice in China, businesses are worried that they will be charged with bribery. Under Chinese law, as long as the party providing benefits receive any advantage, s/he could be guilty of bribery. As such, the possibility of extradition substantially expands even with exemptions, weighing heavily on foreign businesses in Hong Kong.

Will it really do justice in the Taiwan murder case?

The HKSAR government repeatedly said that the purpose of the Fugitive Bill is to redress injustice in the Taiwan murder case. However, officials in the Mainland Affairs Council of Taiwan have made clear that it will not agree to any arrangement that implies the one-China principle or places Taiwanese at risk of being extradited to China.  As the original purpose of the bill is defeated, there seems to be no reason for the Hong Kong authority to rush in passing this controversial bill.  Nonetheless, the government did not address the issue and continued to push forward the bill, insisting that it should be passed before July.

Is there alternative solution?

While the restriction on extradition agreements with China is not a legal ‘loophole’, it is undeniable that injustice might occasionally arise. However, the Hong Kong Bar Association noted that it is not necessary to ‘over-liberalize’ the FOO and MLAO for this particular purpose. It suggested that the problem could be solved by amending the Criminal Jurisdiction Ordinance (CJO) (Cap.461) to extend Hong Kong criminal court’s jurisdiction to cater for investigation and trial of persons like the murder suspect in the Taiwan murder case. The blanket removal of restrictions is not necessary, and in fact, not appropriate.

In HKSAR v Hon Ming Kong[8], the court has said that before introducing long-term surrender arrangement, there has to be ‘understanding and trust’ between the two systems. However, the HKSAR government did not explain why it considered this ‘understanding and trust’ has developed since the handover. Even if the government does have sufficient reasons, the proper approach is to start negotiating long-term arrangements with Mainland China, which will then be subjected to the Legislative Council’s scrutiny. If the Fugitive Bill is passed, it is likely that case-based arrangements will become the norms, lowering the chance that any long-term arrangement will ever be made. To create such indefinite uncertainty may not be desirable for criminal justice in Hong Kong.

Despite severe public opposition and numerous concerns, it is clear that the HKSAR government is eager to pass the bill. It announced that the bill will bypass the usual procedure of going through the Bill Committee and be directly submitted to the House Committee, resuming the second reading on June 12. This unprecedented shortcut in the legislative process not only undermines the legitimacy of the bill but also the separation of powers in Hong Kong.

Potential obstruction to the bill has also been removed. In April, Hong Kong tycoon Joseph Lau, who was convicted of bribery and money laundering in Macau, applied for a judicial review of the proposed bill, claiming that it is inconsistent with the Hong Kong Bill of Rights Ordinance (Cap.383). The court has recently given permission to Lau to appoint David Pannick QC, the top human rights lawyer in Britain, as his counsel. However, Lau made a turnabout on May 29th, withdrawing his application on grounds that he was ‘saddened by the disharmony it caused’. While the real reason behind this sudden change of direction remains unknown, it means the court will not be able to scrutinize the Fugitive Bill, removing one crucial source of opposition.

Hong Kong’s independence of legal system, as promised in the Basic Law, lays at the heart of the society. It is the cornerstone of its status as an international financial and business center. Amid encroachments from Beijing, judicial independence has been regarded as one of the strongest assets that remain. The Fugitive Bill, if passed eventually, means that the ‘high degree of autonomy’ and rule of law in Hong Kong will be severely undermined. However, the Hong Kongers show no sign of buckling under pressure from Beijing. Quoting from the Student Union of the Chinese University of Hong Kong, “the future belongs to those who prepare for it today, we shall guarantee it belongs to us whatever it takes.”

[7] In Chan Hok Shek v Superintendent of Lai Chi Kok Reception Centre[7], it was held that if the offense is covered in FOO, the court will only examine whether the supporting documents submitted by the requesting country are ‘duly authenticated’, and whether there is sufficient evidence to make out a prima facie case.