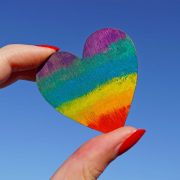 On May 17, 2019, the Taiwanese Legislative Yuan passed The Enforcement Act of Judicial Yuan Interpretation No.748(‘The Act’)(制定司法院釋字第七四八號解釋施行法), making Taiwan the first Asian state with a comprehensive legislation regulating same-sex marriage. As the title suggests, the enactment followed the Taiwanese Constitutional Court’s (‘TCC’) constitutional interpretation handed down in 2017, which essentially set the stage for same-sex marriage in Taiwan. One week before the imposed deadline falls, the new law was finally passed. 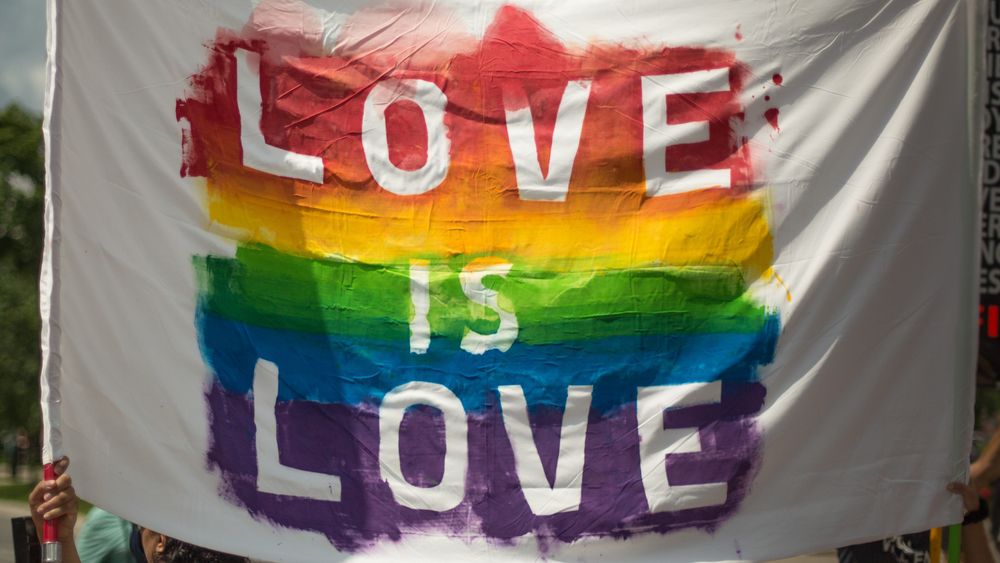 As Taiwan has long been recognized as a leader of LGBT rights in Asia, the new law is expected to sound the clarion call for change in the area. This article will focus on how the progress in Taiwan could potentially have an impact on the development of LGBT rights in Hong Kong.

Despite decriminalization of homosexual acts in 1991, Hong Kong government has long been reluctant in advancing the rights of LGBT community. It is the judiciary that made major contributions to the development of LGBT rights in Hong Kong.

In the landmark case Leung TC William Roy v Secretary of Justice (2006), the Hong Kong Court of Appeal ruled that discrimination based on sexual orientation is inconsistent with Article 22 of the Hong Kong Bill of Rights Ordinance (Cap. 383) and thus unconstitutional. From then on, multiple cases concerning LGBT rights succeeded in court. Criminal penalties targeting homosexuals were struck down in both William Roy and Secretary for Justice v Yau Yuk Lung Zigo (2007). Transgender persons were allowed to marry after W v Registrar of Marriages (2013), and QT v Director of Immigration (2018) enabled immigrants in an [officially recognized foreign] same-sex civil partnership to apply for dependent visas, which were originally exclusive to opposite-sex couples.

However, in the recent case Leung Chun Kwong v Secretary of Civil Service delivered by the Court of Appeal in 2018, currently pending hearing at the Court of Final Appeal, the Hong Kong courts took a step back, ruling that it is not discriminatory for the Civil Service Bureau to deny spousal benefits and for the Inland Revenue Department to deny joint assessment of income tax liability to same-sex couples married overseas.

So far, same-sex marriage is still not allowed in Hong Kong.

Interpretation No. 748 decided at the TCC was a case brought by two applicants: Chi Chia-Wei (祁家威), a long-time LGBT activist and the Taipei City Government. In short, the TCC decided that in banning same-sex union, the current laws on marriage under Civil Code Part Four Chapter Two (民法第四編親屬第二章婚姻) violated the freedom of marriage and the right to equality provided in Article 7 and 22 of the Taiwan Constitution. The TCC pointed out that neither the inability to procreate nor the alleged adverse effect on traditional Chinese value and social order could be used as reasonable grounds to ban same-sex marriage. It then imposed a two-year limit on the Legislative Yuan to revise the law. However, TCC indicated that it was up to the Legislative Yuan to determine the question of whether to amend the Civil Code or to enact a separate legislation. If the Legislative Yuan fails to pass the law within two years, same-sex couples can directly go to the registration office and register as couples.

While the liberal ruling of the TCC received a warm welcome in the LGBT community, it was met with severe public backlash. Then, a referendum dealt a serious blow to the LGBT community. The result showed that 67% of the voters objected amending the Civil Code to guarantee the right to marriage of same-sex couples. Although the Judicial Yuan made clear that the referendum did not override the ruling of the TCC, it meant that the Legislative Yuan can only choose to enact a separate legislation – but not amending the Civil Code itself.

iii. Enforcement Act of Judicial Yuan Interpretation No. 748 (‘The Act’)

As a response to the TCC’s interpretation and the referendum result, the Executive Yuan published a draft bill, called The Enforcement Act of Judicial Yuan Interpretation No. 748 (‘the Act’), on February 20, 2019. The bill does not amend the current Civil Code but creates a separate legislation governing same-sex marriage. On May 17, the bill was finally passed, making Taiwan the first country in Asia with a comprehensive law regulating the terms of same-sex marriage. The new law will take effect on May 24, allowing two persons of the same gender, aged 18 or above, to register a marriage with at least two witnesses signing the registration document.

Several points are worth noting. First, the formulation is ‘marriage’ instead of ‘unions’ or ‘familial relationship’ as contained in the competing bills. Second, two parties can serve as agents for each other in daily household matters, including the medical power of attorney. Third, parties are subject to the same inheritance regulations as opposite-sex couples. However, one party can only adopt the other’s biological children.  Also, transnational unions are not addressed in The Act. As Taiwan’s current regulations[1] governing transnational marriage stipulate that the formation of a marriage is governed by the national laws of each party, Taiwanese will not be able to create a legally recognized relationship with a partner from countries where same-sex marriage has not been legalized.

With the background on LGBT rights development in both Hong Kong and Taiwan, I now turn to compare the two different approaches used.

The most obvious difference between the two approaches is one of pace. Hong Kong courts, being in a common law jurisdiction, expand the rights of LGBT community little by little through cases they come across. From passively lifting criminal penalties targeting homosexuals[2], it gradually extends to actively recognizes the rights of transgender persons[3] and overseas civil partnership[4]. It is an incremental process where the courts bridge the gap bit by bit. On the other hand, the TCC dealt with the ultimate issue, same-sex marriage, once and for all with Interpretation No.748. Unlike Hong Kong’s step-by-step development, Taiwan leaped to the final destination with one single judgment rendered by the TCC.

While the TCC is indeed praiseworthy for its bold decision, there are still some drawbacks in its approach.  Instead of settling the debate, Interpretation No.748 dropped a bombshell in the anti-LGBT community and heightened the existing conflict. It received severe backlash and might have provoked those sitting on the fence to turn against homosexuality. This negative impact eventually manifested itself in the outcome of the 2018 Referendum.

By contrast, the Hong Kong approach seems to receive much less negative public reaction as the public does not usually keep a close eye on every case delivered by the court unless it receives media exposure. Thus, it decreases backfire and might be more effective in building an LGBT-friendly social environment in the long run.

On the flip side, the downside of the Hong Kong approach is that it might not always be going forward, but could take a few steps back if the sitting judges are more conservative. This is exactly what happened in the Leung Chun Kwong case mentioned above. In comparison, while the Referendum in Taiwan narrowed down the choices the Legislative Yuan has, it did not have the power to nullify the Interpretation. Thus, the TCC might be able to better safeguard the legal rights of same-sex couples than the CFA in Hong Kong.

ii. Role of the People

In Taiwan, people seem to play a bigger role in the development of LGBT right protection than their counterparts in Hong Kong. In Hong Kong cases, the court uses legal principles and thorough reasoning to determine whether a certain piece of legislation or administrative act violates an individual’s constitutional rights. Public opinion does not have much say in the decisions of the courts.

On the other hand, in Interpretation No. 748, the TCC left discretion to the people’s representatives in Legislative Yuan to decide whether to amend the Civil Code or to enact a separate law.  The public then directly voiced their opinion through the Referendum. There seems to be a dialogue between the judiciary and the people. The advantage of “judicial dialogue” is that it avoids criticism of lack of legitimacy and elitism of judicial interpretation but has a more democratic element in it. Also, it leads to a compromising solution that gives a certain degree of protection to same-sex couples without going completely against popular opinions. While same-sex marriage eventually did not make its way in the Civil Code itself, The Act nonetheless marks great progress in the advancement of LGBT rights.

The downside of this approach is that it might be subjecting the constitutionally-protected rights of the LGBT persons into the yoke of majoritarianism. As the Hong Kong courts rightly pointed out in W v Registrar of Marriages (2013), lack of majority consensus cannot be an excuse for the court to abandon its role to protect the right of the minorities. In fact, if the majority agrees a certain group should be protected, the court would not have to make the decision since no one will hurt them in the first place which the TCC acknowledged in the Interpretation. Ironically, the referendum was subsequently held where their decision was curtailed due exactly to the reason they pointed out themselves.

Overall, although the TCC’s one-off approach has its downside, it nonetheless sets Taiwan apart as the first Asian country to legalize same-sex marriage, highlighting the shared core value – equality and human rights – of the Taiwanese.  While it remains to be seen what impact it might have on Hong Kong, a relatively more conservative society, it sends out a message – same-sex marriage is not impossible in Chinese society. If Taiwan can make it, there is no excuse left for the Hong Kong government to keep suppressing the rights of the LGBT community.