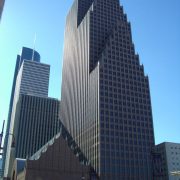 In 2005, the Ministry of Finance (“MOF”) called for tenders to issue preferred shares in a private placement which sought to introduce strategic investors to save bad debt-laden Chang Hwa Bank (CHB) as the result of the local economic storm. Taishin International Bank (Taishin) beat Temasek Holdings with the NTD 36.5 billion bid, NTD 11.4 billion as premium. This enabled them to become the single largest shareholder of CHB with 22.5% holdings. When MOF called for tenders, they announced that they would support the tender winner to take over the management right of CHB which they delivered by supporting Taishin obtain a majority of the director seats and the management right in the election of directors held in 2005, 2008 and 2011.

As time went by, in 2014, the MOF no longer supported Taishin’s control of CHB’s management right. Pan-governmental shareholders bought in large amount of CHB stocks and MOF engaged securities houses to solicit proxy instrument which later turned the shareholders’ meeting in late 2014 into a battlefield of the management right. Taishin suffered a huge blow as only 2 of their nominees got elected out of 6 director’s seats. Taishin then brought the case before court in hope of saving themselves from the fiasco.

In fact, Taishin claimed that the arrangement it had with MOF was not a formally executed contract, rather was based on the press release of Jul, 5, 2005 and the official reply to CHB on Jul, 21 of the same year. The MOF argued that the press release was an explanation of its own policy which was not a contractual offer, while the official reply was made to CHB instead of Taishin, these facts would not lead to a conclusion that there was a contract between MOF and Taishin.

This is not the first time the government changed its position from that stated on press release or official letter. The government claimed that these documents are just “announcement of policy” or “exchange of opinions”. This time, the court took “lost and found” advertisements as an example and held that the press release and the official reply made by the MOF were contractual offers even though the receiver was not specifically Taishin. The contract was formed once Taishin finalised the deal of subscribing to the offered shares as stated in its tender. This can be deemed as a lesson that the judiciary gave to the executive branch.

The real controversy lays in the second question: what were the specific terms of the contractual arrangement between Taishin and MOF? The MOF did deliver their promise by supporting Taishin before 2014, but does that mean that the promise should go on forever? The judgment cited the abovementioned MOF official reply “as long as the MOF does not sell shareholdings and the tender winner (Taishin) remains as the largest shareholder, the Ministry will not change its policy of allowing the largest shareholder to take control of the management right.”

The court explained the phrase “will not change” as “not interfering” the leading managing role held by Taishin. The explanation, though trivial it may seem, has a significant effect on the result of the case. The explanation the court adopted is that the MOF would have delivered their contractual obligation to Taishin by not intentionally interfering Taishin. The explanation may be the result of distinguishing “not change” from “support” Taishin of taking management right, with the latter bears an affirmative obligatory meaning while the former does not. The explanation is extremely controversial as the phrase “not change” can alternatively be explained as “as long as the tender winner (Taishin) remains as the largest shareholder, the Ministry will not change their support of Taishin.” This would mean that MOF has a contractual obligation of supporting Taishin holding the management right.

Even if the phrase “will not change” equals to “not interfere”, the next question is whether the MOF obstruct Taishin from holding the power? In the third question, the court held that the MOF did not obstruct. The reasoning is that Taishin’s shares alone cannot obtain majority of the directors’ seat, the MOF did not commit any act of obstructing Taishin from holding the power. The court further decided that unless Taishin could prove that the MOF is the one who directed pan-government shareholders to buy in CHB shares, the act of MOF could not constitute “obstructing”.

The explanation by the court and the MOF’s subsequent actions were confusing. The court’s interpretation of the official reply in a different meaning has already dealt Taishin with a severe blow. The reason why the controversy stemmed was that Taishin was unable to obtain the management right on their own since their share is less than 50% (22.5%). If Taishin were able to obtain the management right independently, there would have been no reason for them to bother taking the controversy to the court.

Furthermore, the court decided that there is no concrete evidence to prove that the fact that state-owned enterprises bought in CHB shares may be attributed to the MOF. This is also different with the prevailing social consensus. There is no record of the Court’s summon of any concerning public officials to testify or give evidence, which may be Taishin’s choice of litigation strategy. The author expected the court to actively access the communication and meeting records between the relevant state-owned enterprises and the MOF rather than having Taishin to solely rely on media reports to prove its claim and to bear the loss of the litigation due to heavy burden of proof.

Is Taiwan Ready to Join the Trans-Pacific Partnership? – A Brief Discussion...
Scroll to top